It seems as if Standard and Poors has been waiting a few years to try and figure out how to atone for its major lapses in the past. 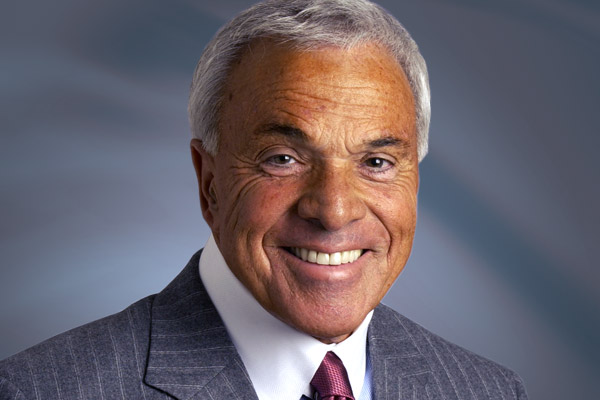 While it was dutifully handing out Triple A ratings to the likes of Washington Mutual, CountryWide and Wachovia, Rome burned. Some of the flames may have permanently singed Angelo Mozilo’s face.

Certainly it would be wrong to ascribe all of the financial woes that we’ve experienced to S&P’s lack of actually doing what they have been renowned for, by I’m not bound by any sense of fairness.

Let’s just say that they were probably more than just an idle bystander. In the world of grades, they would have received considerably less than a “Gentleman’s C” for their ratings of the players that likely belonged to the same clubs as the S&P big boys.

So how do you make up for the incredible oversights that allowed the financial giants to play games of leverage that overwhelmed its basic support structures?

You just attack the basic financial structures of the United States.

Their pronouncements couldn’t really come as any great news to anyone. No one feels particularly good about the national debt and the vast amounts that are held by the Chinese.

As my parents would say whenever faced with any challenged that posed potentially distasteful outcomes, “What good can come of it?”

Imagine a doctor informing a patient that they have cancer. “Oh, and by the way, your hideously ugly as well”.

Well that may be true, but it didn’t really have to be said.

Being in Washington, the name of the game is spin. Often, policy activists and community organizers share a common strategy, and that is to use shame as a weapon.

So the spin is that S&P’s comment was to shame the leading political opponents to come to the table and work things out.

Not likely. The Supreme Court may recognize corporations to be individuals, but they still haven’t proven that they are capable of rational thought or caring and that goes for the elected officials, as well.

If they did, S&P wouldn’t have told us that are debt is ugly.

First of all, when did the President get a 12 year old press secretary? When did Jody Powell leave? But perhaps more importantly, whatever the dysfunctional political process must evolve into, it should have nothing to do with playing to S&P.

It should be fairly obvious what needs to be done, and that is for both sides to drop their ideology and learn that both sides have legitimate ideas.

In a word? Compromise, or as that one time Country King of Comedy used to say, “Get er done”.

Using rosy colored glasses, people talk of how well Tip O’Neill and Ronald Reagan were able to work together and wonder why it can’t happen that way now.

My guess is that in 30 years people will be looking back at today’s era and fondly remembering how well John Boehner and Barack Obama collaborated when it was in the nation’s best interests.

It’s all about lowering the bar. Who needs Triple A ratings, anyway?

We do, obviously, but S&P’s warning is for the possibility of a downgrade in a couple of years. To put that into perspective, it’s like worrying about whether your unborn great-great-great grandchild will have acne.

Besides, there still must be some trust fund that can be raided.

If you’re an unrequited bull you got past the S&P debacle and looked at today’s plunge as a gift to pick up some shares on a relatively cheap basis.

Yesterday being the first day of the new options cycle, I had cash resulting from the assignments of Visa, American Tower, Rio Tinto and American Express.

I didn’t hold shares very long, as it was never a company that was on my radar screen, although Jim Cramer used to mention it with frequency during his early Mad Money days.

But with the announcement of the planned AT&T buyout of Deutsche Telecom’s T-Mobile unit all of the “Talking Heads” were in unison spouting about how bad that would be for American Towers as there would be no need for AT&T to lease as much space on those ubiquitous towers.

So of course, AMT did a drastic plunge on the news.

Had I been greedy, I would have sold something higher than the $48 calls, because the over-riding AMT thesis wa wrong and quickly demonstrated as such.

Anyway, I felt like a little kid in a candy store. Everything looked so good yesterday and best of all, I had money in my hand.

By the time it was done, I picked up additional shares of Sallie Mae, Freeport McMoRan and British Petroleum. I bought new shares in Textron and Williams Sonoma, two of my past favorites and replaced my Rio Tinto Shares.

Best of all, with the market coming back from down 220 to down 140, all of the newly purchased shares were already in the black.

Barely, but in the black, although nowhere near enough to offset the other shares that I owned. But still….

I came close to buying Google shares again, but just couldn’t pull the trigger, even though Google always seems to recover from its post-earnings blues fairly quickly. I just thought that there were some better opportunities over the next month, as that is always my time frame. What can these shares do for me during the current options cycle?

I suppose that I should be thanking Standard and Poors for creating the opportunity, but I’m still having difficulty with that concept.

If someone calls your sister a “whore” it’s hard to forget that fact, even if there’s some truth behind the comment.

If S&P had been a really good friend, I’m certain that a couple of really nice up days in the market could help to ease some of the bad feelings. Maybe if it took my sister out to dinner, showed her a nice time, I’d be willing to let bygones be bygones.

But let’s face it, S&P hasn’t been good to anyone lately.

By the way, apologies to my sister. She’s not anywhere near the whore that Standard and Poors can be.