I’m at that age that I don’t dream that much anymore.

Maybe I still do, but if so, then I don’t remember much. 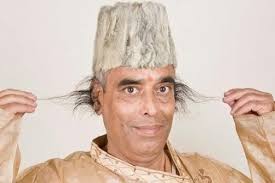 As you do get older, I think that it’s just a natural tendency to ascribe everything to the aging process. I recently covered the phenomenon of “ear hair”, but there’s really no shortage of changes, that one can only assume are age related.

But last night I did have a dream, a very vivid one at that. With the exception of the dog slobber, though, the bedding remained dry.

Interestingly, the dream was about Bed, Bath and Beyond.

Okay, maybe not so interesting.

I’ve never even been a shareholder, although admittedly, I do enjoy trying to maneuver a shopping cart through its narrow and maze like aisles, while following my wife as she hunts for “tchotchkes”.

Amazing how that word is making the auto-spell go berserk. I tyhink the CPU is starting to smoke, as well.

Anyway, the essence of the dream is that I was, indeed, a shareholder and extraordiarily disappointing quarterely earnings were released, resulting in a stampede to sell.

My reaction while in slumberland?

And that was it.

The whole dream turned out to be nothing more than a soundbite or a pun that no one, including me, would appreciate. The greatest likelihood is that it’s not even original.

And besides, what kind of normal person dreams about earnings reports for a stock that he’s never owned?

I suppose I coujld be doing things that advance society wity all of my spare time, rather than sitting, sipping coffee, watching CNBC and looking for trading opportunities.

Yeah, and then this blog and those damn addicting Tweets.

But then I hear things like Boone Pickens saying “An economist is just a CPA without a personality”. Well, it’s those little throwaway snippets that make it all worthwhile, never mind that my youngest son just declared Economics as his major and my nephew is graduating next month as an Economics major.

Of course, then my mind was equally entertained when a photo of Ron Pauil was shown, announcing that he was the on-deck CNBC guest and in the background they were playing the refrain “Tramps like us…” from Springsteen’s “Born to Run”.

I don’t quite get the connection, but it gives me something to think about.

And then, did I hear it wrong, or did Art Cashin call Geithner a liar when he referred to his recent defense of the dollar as a “Pinocchio comment”.

Whoa, let’s see Geithner’s birth certificate. Althoiugh given his less than dynamic personality, I think they may even have difficulty in dredging up a Certificate of Live Birth.

Meanwhile, the first real thing I did this morning, this second week of earnings season, was to check when BBBY was scheduled to report earnings.

They’re still 2 months away from their next report. So then I looked at their 1 year price chart and that was followed by the May 2011 options tables.

That’s a bad sign when I start letting dreams direct my investing activities.

Luckily, it’s still an hour away from the opening bell and there’s plenty of time for rational thought to take hold and prevent me from doing something irrational.

Besides, if you’ve bought the OTP book, you know that I keep a list of about 50 “Old Reliables”, stocks that I trade in and out of as appropriate. I rarely vary from that list.

Not quite the same entrance criteria as used to be used at Studio 54, but at least I’m still standing and I’m very grateful that Puff Daddy didn’t turn state’s evidence on me.

I’m afraid that today’s market actions will be muted and not because of the uncertainty of my dreams.

I think that absent any great earth shaking news, literally and figuratively, the world is waiting to see what Bernanke will say at the much heralded press conference.

I’m betting that he’ll admit to a series of unsolved murders in the Southwest.

Maybe he’ll announce that he’s a finalist on “The Voice”.

Sure, I know, some of you are probably replacing “The Voice” with “The Biggest Loser”, but I’m not in that category. Besides, I’ve seen the Chairman’s birth certificate.

I happen to use my own Bernanke indicator.

I look at the thickness of his “Talis Bag”.

For some of my readers, you may as well Google that, along with “Tschotchkes”.

I used to use the velocity of the graying of his beard to assess our economic status, but these days there’s no longer any velocity.

As always, the talking heads are taking all sides on the reasons for this unprecedented press conference, as well as the outcomes on the day’s trading.

My guess is that somehow he will affirm the seriousness of S&P’s warning last week, while balancing that with statements pointing to an improving economic picture.

He’ll mention the balancing of increased revenues with spending cuts as being first steps toward a resolution of the debt crisis.

Or he may just talk about the NFL lockout.

Watching Ron Paul, I’m certain that Bernanke won’t admit that he’s finally converted to Paul’s gold position and the currency. and the role of the Federal Reserve.

Not that I’m a conspiracy theorist, but it was interesting that Ron Paul’s satellite feed seemed to go out just as soon as he started his rant.

So who are you going to trust?