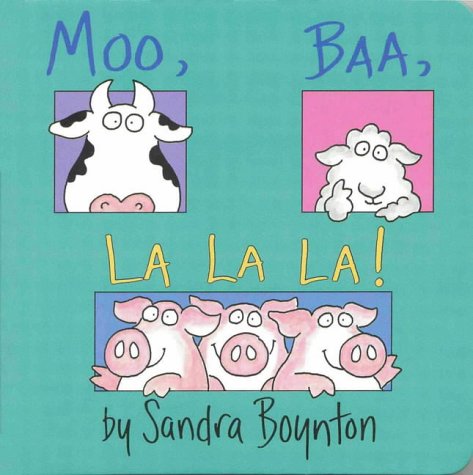 I can still think back to those days when my kids would be put to bed each night with a story.

That phrase will be stuck in my mind until the day I die, as like most parents, I found myself reading the same story over and over, night after night, because that was the story that wanted to be heard.

I was only talked off the ledge because the nice policeman promised me I’d never have to hear those sounds again.

Instead, it was a book devoid of silly sounds, but sadly chronicling the deaths of brave, hungry, thirsty, polite, sleepy and explorers, leaving only a single smart explorer to survive.

“Six brave explorers came to Egypt alive, one discovered a rare bird and then there were five.”

Different kids, different tastes. Different stories, but with the same need for the comfort that comes with repetition.

It was always so nice when one was ready to move onto a new book. I don’t really recall, but I may have occasionally hastened that process by telling the kids that their mother threw out their favorite book in a moment of unrestrained rage.

Not trusting a parent is part of healthy childhood development. You can look it up.

Fast forward some 15+ years and that brings us to today.

Greece, the nation that gave the gift of democracy to the world also showed that it could lead the way in abandoning electoral responsibility, as Prime Minister Papandreou called for a national referendum to get approval for the austerity measures necessary to prevent a “hard default.”

I’ve already forgotten what the root cause of the market’s Monday downturn was ascribed to, but today everyone was on the same page.

I’ve never really gotten to the point of being apoplectic, but I can imagine that Angela Merkel is at that stage.

Have you ever seen what happens when a German head of state gets upset?

What was really a sight was watching the former Greek deputy Prime Minister of Finance, who by the way was part of the more conservative opposition party, refer to the current Prime Minister as being emotionally and psychologically a basket case.

My words, not his, only because he didn’t have the same fluency with American idiomatic expressions as I have.

So today’s market was a reflection of all of the pent up anxieties of the past few weeks that were falsely put to rest late last week.

I’m not certain that InTrade is making book on the likelihood of the Greek populace voting to take the austerity measures that are part of the now infamous “Greek Haircut”, that apparently requires shaving 50% of the head.

I’m guessing that if the vote can ever get pulled off before the Greek government falls, there not much of a chance that people are going to vote themselves into a life that they’d rather not live.

The good news is that each person can decide for themselves whether they want heads shaved in sagittal or transverse planes. If they play their cards right and perhaps use some entrepreneurial spirit, the “Grecian” may yet come to replace the “Brazilian.”

See, you never got that kind of detail out of those stupid Berenstain Bears stories.

The Greek story was so dominant that even Jon Corzine was moved to the back burner. Any other day and news that MF Global may have violated some very basic elements of trust by using some $700 million of their client’s funds for their own in-house and ill fated pursuits.

Sometimes it’s a good thing when some other story pops up.

To this day, ex-Congressman Gary Condit is no doubt grateful for the timing of 9/11. His role in the disappearance of young intern and romantic liaison was all but forgotten as he quietly stepped away from the spotlight.

Of course, the opposite can just as easily occur. Just ask Farrah Fawcett.

Unfortunately for her, her producer didn’t clear her passing with Michael Jackson’s itinerary for that day.

So Corzine got a pass and may still be on the short list to replace Timothy Geithner as our next Treasury Secretary, unless of course someone on the search committee has an “aha moment” and remembers that Corzine was the guy in charge when MF Global went bankrupt and stole their clients’ money.

That may be a bit harsh and things still remain to be sorted out.

Corzine used to be one of the big boys at Goldman Sachs, co-CEO with Hanry Paulson. There’s a reason that the Goldman people are called “the smartest guys in the room.”

What Corzine failed to take into consideration was that he had left the room and apparently the other kids took all the smarts with them. People marching up and down Wall Street may disparage Goldman Scahs and may blame them for the financial meltdown, but last I looked, no one was accusing them of stealing money or dipping inappropriately into anyone else’s pockets, as your old weird uncle used to urge you to do with him.

While Corzine was being trivialized, news from Greece threw the market into spasms of optimism interrupted by spasms of pessimism.

Word that the idea of a referendum would never occur helped the market recoup about 100 points from its low.

Further word that Papandreou might be psychotic or having some kind of a breakdown was comforting to the markets.

When it was all said and done it looked as if only some form of chaos was in the near term crystal ball, so the market just gave up.

Not capitulated, just gave up and called it a day. A bad day.

I picked up some more shares of Riverbed Technology and marveled at how the ProShares UltraShort Silver ETF that I owned, some of which is hedged, has been serving as the perfect antidote to both the fleeting feelings of elation and depression.

Those feelings come and go because it’s just a reflection of the same old story that is the big picture. The book, as it were. The book that encompasses Greece, Corzine, the Yen Carry Trade, High Frequency Trading and so much more.

That story of that book is that what goes up must come down and must then go up again, only to come down in time to do it all over again.

Strangely, I never tire of that book, only the stories in it.

To me, the details of each breaking business or economic story now all sound the same.

All I care about is that at the end of each day I’m not one of those investor explorers who doesn’t live to see another day.

I’ll do like that smart explorer who just stayed in bed and avoided the predictable traps. Who needs excitement?

Just make mine a La-Z-Boy and make certain the Moo Lah, Moo La La stays safe with me.